Paddy Casey joined Ireland’s Got Talent finalists, Sea of Change Choir, and a host of stellar artists to raise awareness of childhood cancer.

The gold ribbon fundraiser, hosted by singer and songwriter Stephen Leeson and TV and radio presenter Sharon Clancy, featured a fantastic lineup of artists and welcomed a live audience at the Scientology Community Centre in Firhouse, Dublin, while it was also streamed across various platforms for worldwide viewing.

The audience was moved by a very personal interview with Jimmy Norman—cofounder of Aoibheann’s Pink Tie.

“Aoibheann’s Pink Tie was born out of hardship,” said Jimmy Norman. “It was born out of a very emotional, sad story. My little girl Aoibheann was diagnosed with cancer in 2009 when she was 7 years of age. I had never even heard of childhood cancer. To go from work, to go from an ordinary day to being told your child has cancer is so extreme and so outside the realms of understanding. The shock of it is horrendous.

“But Aoibheann was extraordinarily beautiful and so brave. She fought a very brave battle in her young life. She has been a huge inspiration to so many people and one of the people that she was the biggest inspiration to was me. I was so inspired by Aoibheann’s tenacity, her bravery and the way she dealt with everything.”

Jimmy went on to describe how Aoibheann’s Pink Tie started:

“There was a whole maelstrom of pain. Aoibheann was going through her childhood cancer battle and then I was also let go from work. I was an aircraft mechanic and the company I worked for closed down. I had spent years and years of my life in it. So from a relatively good, strong situation financially and with my family, all of a sudden I was absolutely broke. At that time in 2009–10 there was also a collapse of the economy. But this is where the real acorn of Aoibheann’s Pink Tie was planted.

“I ended up staying with Aoibheann at the St John’s Ward—the children’s cancer ward. We all probably believe that certain things happen in our lives for a reason. And I think I was put there for a reason. It was to observe the suffering, the pain and the hardship—fathers sleeping in their cars, mothers not having enough money to pay for the parking outside. I was in a situation myself one day when I couldn’t buy a toothbrush. I used to say to people: Don’t bring up toys and fluffy presents for Aoibheann, bring me phone credit—that’s what I really need. And that was the seed of Aoibheann’s Pink Tie.”

Aoibheann’s Pink Tie charity was formed in 2010 in Aoibheann’s memory. When Aoibheann passed away, the men wore pink ties at the funeral which was her favourite colour.

Since then, Aoibheann’s Pink Tie has worked tirelessly to provide practical and financial support to Irish children suffering from cancer and their families. It also offers wonderful programmes, community activities and services for affected children and families, helping them get through their battle.

With the continuous help of supporters, the charity has been able to secure a three-bedroom respite home in Crumlin, Dublin, for parents whose children are being treated at Our Lady’s Children Hospital.

“We couldn’t survive without your support, without tonight, without the audience, the community. We completely depend on you. But today somebody walked into St. John’s Ward. I don’t know them; I don’t know anything about them. But somebody walked in there today with their child. And they were told by the doctors: your child has cancer. And they are completely lost tonight. But there is a real guiding light in this world and it’s called Aoibheann’s Pink Tie. And we will wrap our arms around the mother and the father. We will kiss the child and we will give them loads of presents. And we will do everything that we can possibly do. And we will walk into hell with them and we will walk out of it with them. I think that’s why Aoibheann’s Pink Tie is so beautiful and so important.” said Jimmy Norman.

Emotional performances by longterm supporters of Aoibheann’s Pink Tie followed Norman’s interview: singer Hannah Roddy who recently recorded with Imelda May; and 16-year-old singer, songwriter and activist Ruby O’Kelly, accompanied on the piano by producer and arranger of several multiplatinum-selling albums Mark Cahill. Ruby’s passion for this charity has inspired this fundraiser.

Paddy Casey captivated the audience with a moving performance together with his daughter Saoirse Casey—an accomplished singer and songwriter in her own right.

The show also featured the 2019 Ireland’s Got Talent Finalists Sea of Change Choir.

Deirdre Featherstone, representing the choir, gave a bit of their background. The choir is made up of cancer survivors and cancer supporters who are dedicated campaigners for the fantastic work of Aoibheann’s Pink Tie. It all started in 2013 when a group of 50 women decided to strip and dip to raise money in aid of the charity. After that, the strip and dip went on to become an annual event. It grew fast and in 2018 a total of 2,505 ladies stripped and dipped on Wicklow’s Meaghermore beach. This was certified by the Guinness World Record as the World’s Largest Skinny Dip. The event created worldwide publicity for the charity and raised over €500,000. The choir was formed shortly after. Led by Ian Brabazon, the Sea of Change choir has to date raised €890,000 for Aoibheann’s Pink Tie and the ladies are more determined than ever to keep going.

Featherstone said on the night: “We are there to keep the positivity in everybody and to let people know that there is hope, even with cancer and after cancer.”

The Sea of Change Choir took the stage and gave a powerful rendition of “This Is Me” among other songs. The choir was joined by Paddy Casey for a grand finale with his hit “Saints and Sinners’, which brought down the house.

The event was done on an entirely volunteer basis and all funds raised go directly to the charity.

The full show is available to watch online: https://bit.ly/Gold-Ribbon-Online

Any donations for Aoibheann’s Pink Tie are very welcome: www.idonate.ie/goldribbon

About the Stephen Leeson Show

The Stephen Leeson Show was designed to support art and artists and to uplift audiences. Since its launch in April 2021, it has been bringing entertainment into the living rooms of music lovers live from the stage at the Scientology Community Centre, every Friday night at 7pm.

Stephen is an extraordinary singer and songwriter who has been frontman and lead singer with Porter Black, Dublin Legacy and has also performed with The Dublin City Ramblers. 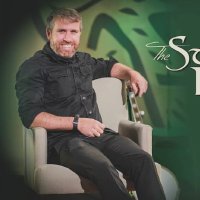 Live Concert to Raise Funds for Homeless and People in Need 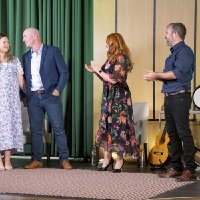 “The Beat of Your Heart” Concert in Memory of Brave Baby Mila Raises 5,900 Euros for Charity 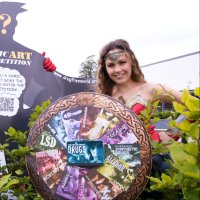